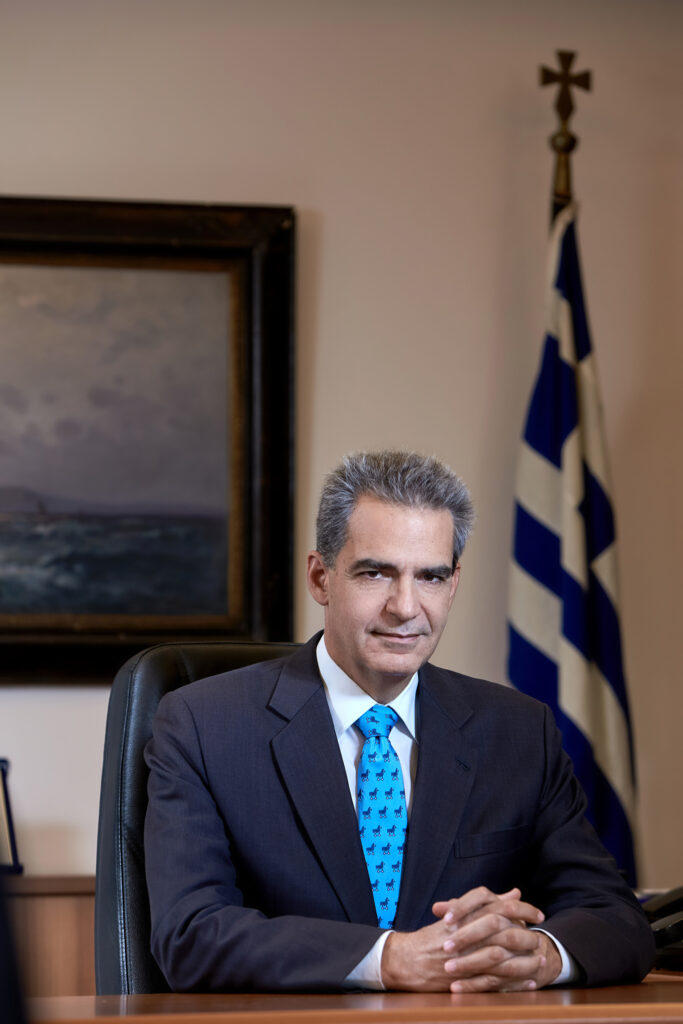 Angelos (Evangelos) Syrigos is if. Professor of International Law and Foreign Policy at Panteion University.

He has worked at the University of Cambridge (1993-΄94), for the Council of Europe and as a lawyer for the Athens Bar Association.

He has served in positions of responsibility for foreign policy issues, minorities, transparency and telecommunications.

He was awarded in 1992 by the Academy of Athens for his work related to the delimitation of the continental shelf.

During his military service he was honored with a Commendation by the 4th Army Corps in Thrace for services to the minority of Thrace and with an Honorable Mention by the General Staff of the Army for his contribution to the creation of the Pomak-Greek dictionary.

He has written books on Greek-Turkish relations, the Cyprus issue, most recently on the Prespa Agreement, regularly writes articles in the press and comments on foreign policy issues in the media.

He was elected for the first time MP in the Athens Parliament with New Democracy on July 7, 2019.

He was sworn in as Deputy Minister of Education and Religions in charge of higher education issues on January 5, 2021.

He is married to Irini Stamatoudi and they have three children.